Negotiation across boundaries, especially involving multiple nations is a difficult and challenging process because of the complexity of issues involved, the communication preferences, the differences in cultural values and perspectives, the of scope of the agenda and approaches to the negotiations that are acceptable by all parties involved, and the terms of the agreement in the final stage. This article is an excerpt of a paper I wrote last year which examined the recent amendment to the North American Free Trade Agreement (NAFTA) as the case study. Even though NAFTA is a trilateral agreement, the paper focused only on the cross-border bilateral negotiations between Canada and the United States.

The North American Free Trade Agreement (NAFTA) is a trilateral trade agreement between Canada, the United States and Mexico. The agreement came into effect in 1994, creating one of the largest free trade zones in the world by laying the foundations for strong economic growth and prosperity for the three countries.1 It is important to note that NAFTA is not just about trades between the three countries; the agreement includes customs procedures, agriculture, sanitary and phytosanitary measures, government procurement, investment, trade in services, protection of intellectual property rights, and dispute settlement procedures.2 The objectives of NAFTA, according to Article 102, intended to eliminate trade barriers, promote conditions of fair competition, increase substantial investment opportunities, and, among other objectives, to establish a framework for further trilateral, regional and multilateral cooperation.3 Furthermore, Chapter 16 of the agreement governs temporary entry for business and professionals – a non-immigrant classification permit that offers free access to professional laborers within the three countries; the agreement allows employers to hire qualified professionals in over 60 categories identified on the temporary work permits. Among the types of professionals who are eligible to seek admission as “TN non-immigrants” includes accountants, engineers, lawyers, pharmacists, scientists, and teachers.4This is the provision that most people are not aware of and that there are likely thousands of TN workers across the borders.

As one of his campaign promises, U.S. President Trump pledged to “redo the whole NAFTA.” Trump blamed NAFTA for the trade deficit and for the loss of millions of American factory jobs, a claim that many economists disputed. It should be noted that NAFTA was an issue raised back in the Obama campaign where the former president felt the agreement may have helped businesses but at the expense of workers in the United States. However, Obama went further to express concerns with the lack of protection against exploitation of workers and the environment along the border in Mexico. However, Obama apparently did not implement any changes that address his concerns during his office.5

On September 30, 2017, after more than a year of intense negotiations, the three NAFTA countries reached an agreement on the new NAFTA, despite the new agreement will not come into effect until 2020. Canadian Prime Minister Justine Trudeau called the new accord the New NAFTA, while President Trump insisted on calling it the United States-Mexico-Canada Agreement,or USMCA, as he found the term carried negative connotation. The new deal included mainly items such as opening up Canada’s dairy market, car manufacturing (where significant percentage of the work done on the car must be completed by workers earning at least $16 an hour), Sunset Clause, exchange rate curbs, the dispute resolution process(where Canada insisted on Chapter 19, allowing for a special dispute process, stays intact), improve labor and environmental protections, increased intellectual property protections (including“modernizing” NAFTA for the digital age), and tariffs (where Mexico and Canada get assurance that Trump would not impose auto tariffs while Trump’s steel tariffs stay in place), and big drug companies gain more footing in Canada.6

A negotiation process involved two or more parties; the process occurs when the negotiating parties want to create something new that neither he or she could do on his or her own, to get a better deal, or to resolve a problem or dispute. Lewicki, Saunders and Minton pointed to the interdependent relationships in a negotiation process where parties, in fact, need each other, or there will not be the need to negotiate in the first place. When we negotiate, we know there is often a give and take; but sometimes we negotiate so poorly that we failed in the process. It is helpful for the negotiating parties to be aware of their own baggage, experience, character, moods, and beliefs as they all play a part in their interaction.7If the purpose of a negotiation was an attempt to resolve problem or address conflicts, it is important to note that conflict does not always represent something bad or dysfunctional, despite there are elements that often contribute to the destructive image often associated with conflicts. Parties could benefit from conflict as the process promotes awareness of others, and could potentially strengthen the relationships through problem-solving; the key is to learn how to manage the negotiation process.8

Trump’s approach in his negotiation with Canada came across as if he treated the re-negotiation process as economic exchange, competitive process with a win-lose outcome; and he appeared to have ignored the interdependence of the trading relationships between the three countries. Trading between the United States and Canada alone topped $582 billion last year,10 as a business person, it is hard to believe Trump will ignore such a relationship as the media portrayed. No doubt that Trump acted like he was dominating the negotiation by using his intimidating and threatening tactics in the media. In looking at the negotiator’s character, baggage and their interactions with others, in this case, the public and media for Trump, it is important to understand that Trump was in the limelight and had his own television show before he ran for office; he tends to portray himself as a tough businessman making decisions in his own peril. In all fairness, the public may not be aware of the kinds of pressure or expectations on Trump trying to fulfill his promise to his constituency, and he likely applied the hardball tactic that he knew and had worked for him before to achieve his goals. While Trump continued with his antics on twitter, the negotiation teams from both countries continued to work behind the scene, attempted to resolve a host of issues in their efforts to come to an agreement. It is important to note that many internal constituents including the U.S. governors, trade organizations and congressional members, along with many significant trading partners expressed their support of the existing NAFTA and their desire to preserve the trade relationships.11

The North American Free Trade Agreement, a trilateral agreement between Canada, the United States and Mexico, was a complicated agreement that took years in the making. The whole process took over a decade of pre-negotiation and negotiation before the eventual signing. What seemed to get all the attention was the approach taking by the U.S. President Donald Trump in the negotiation process. Unlike his predecessor applying a diplomatic approach in international negotiation, or to forge partnership, build consensus and strategic solutions by working collectively with Canada and Mexico, Trump came across as a tough negotiator by taking the split the pie, win-lose traditional bargaining approach, along with his intimation tactics. Fortunately, despite the political drama and pressure, with much concessions made, particularly between Canada and the United States, the new NAFTA was eventually embraced by all three counties.

The article is a summary of the original paper that examined the recent amendment to the North American Free Trade Agreement (NAFTA) by applying various theories and strategies in international negotiation in the analysis. Due to limits of the paper, most information gathered on the re-negotiation NAFTA process was provided by the media and there was no gathering of empirical data to verify those claims and findings. Like many international bilateral and multilateral negotiation, transparency is often difficult to achieve. Given the limited resources, the NAFTA amendment process provided me an opportunity to take a closer look at a cross-border negotiation as a civilian.

11Loren Falkenburg. What can be learned from the NAFTA negotiations? https://haskayne.ucalgary.ca/the-executive-connection/what-can-be-learned-nafta-negotiations(Accessed December 2, 2018). 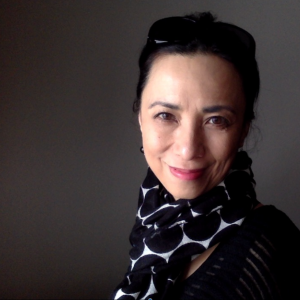 All Posts »
PrevPreviousYemen and World Law: Building from current violations
NextMediation of the 2008 post-election conflict in Keny​a: Was it a case of mediator personality?﻿Next