How to Administer Intelligence to a Global Order

“Intelligence” is referred to the ability to take information and embrace it with different types of skills, understanding it and sending it to one’s environment through a well behaved interaction with the society. (Carter, 2014)

The educational system in the United States extends the term ‘gifted’ to students that have shown a difference in school academics. Germany, Switzerland, and Austria have been climbing the same later. Finland and Denmark, where the education is considered the be strongly competent, where students receive the highest scores in international assessments, offer no distinction of ‘gifted’ in their legislation. What is important to this system is the amount of time children spend with their parents and the individual attention these receive. The emphasis is given to positive discipline. (Slavonic Pedagogical Studies Journal Vol. 4 Issue 2, September 2015) An open and respectful relationship children acquire in their environment transfers the brain to emotional intelligence, a primer ingredient to any education.

The brain’s superhighway is a connection of both emotional and academic amount of information. It is not rather that of competition. Early stages of development (0 – 3) show that the brain is a high end lab. It is at this stage that the highest amount of intelligence and emotional balance are perceived. All children then become highly ‘Gifted’. Environment and genes will determine later on, the exact organization of the brain. The second stage (3 – 12)then is highly impacted in the environment, together with academics to become a whole individual, capable of receiving information and making sound decisions later on. Legislations however, hurry up to create curriculums based on ‘race to space’ instead of that one of emotional sensory and non-discriminatory function in society. The amount of speed happening from the parietal lobes (sensory information) to the frontal lobes (plan and organize) can affect the IQ in detrimental ways.

There is a lot of competitiveness between parents. The importance of the child to be at the highest level of education is so critical, because it determines the position in society. Children take such anxiety to the next level, emerging with a language, ideas, and feelings untrue to empathy. “Mirror neurons are nerve cells in the cortex that are active not only when performing a movement, but also when watching another person. Later on, they play a role in social cognition. Maturation of the part of the brain responsible for an empathetic behavior, the prefrontal cortex, lays on the amount of dopamine or the lack of it” (Ashwell, 2012)

World leaders such as Kim-Jong-Un, Trump, Hitler, among others; perceived as individuals with impulsive behaviour, become stimulus driven, no matter how inapropriate the behaviour may be. A stimulus driven mind has received high levels of anxiety, and less dopamine input. Some extreme cases of not fully maturing the prefrontal cortex, individuals may exhibit antisocial behaviour and/or engage in criminal behaviour. (Ashwell, 2012) Leaders of the ISIS group (Islamic State of Iraq and Syria), who have acquired a high level of education (academics) may have been given an extreme stressful or toxic emotional information making it difficult to seek goals that are of a greater good or long-term mutual benefits.

In children, especially after 8 years of age, a brain organization of how to negotiate can be established. To earn the recognition of other’s emotions, the orbitofrontal cortex receives given signals of social cooperation through theories of mind. (Ashwell, 2012) Either if we teach discrimination between peers, sharing ideals and values of certain believes, or emphasize competence between them regardless of the emotional distress and toxicity between them, it will highly be detected in adolescence. Yet at this stage, when emotions are at its highest sense of self and others, it can be influential to even a nation and the global order and security.

The nature and nurture affect the ‘IQ’ (Carter, 2014), not only academia. The ability to sensibly be able to see the pros and cons when making decisions is what will determine a high IQ that will turn into a leader affecting the lives of many. Legislations must act to bring order to a stable start to individual success through school curricula. How to understand intelligence will determine how much emotional intelligence we bring to it. The brain will be like a vehicle with engine but no steering wheel. What is being created is what will be. 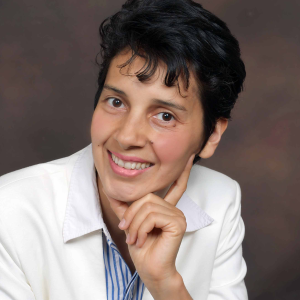 All Posts »
PrevPreviousShould we not mix politics and sport?
NextMediation model rule for commercial disputesNext