Impediments to conflict resolution in Syria

In the existing realist world today, it is implicitly understood that conflicts, wherever they break out, should at the outset be addressed through domestic state apparatus through political reform, settlements, elections among other methods. When domestic mechanisms fall short, such a scenario calls for action on part of the international community to assist conflicting parties find peaceful means of coming about to an agreement. There are, however, barriers to conflict resolution owing to the forces of motion and relationships between nations and non-state actors. This article explores the broad categories of barriers to conflict resolution, followed by an attempt to examine the factors that have obstructed the peaceful resolution of conflict in Syria.

The Sykes-Picot Agreement of 1916 during World War I defined the borders of Iraq and Syria. The boundaries of Syria were carved by imperial cartographers without keeping demographics and practical realities in mind. The Middle East was divided without considering the ethnic, linguistic and religious affiliations of the people. Because of the Sykes-Picot Agreement, the Alawites, who are Shias and comprise a minority 12% of the entire population of Syria, are now the ruling minority of the nation, which further fuelled sectarian politics.

The civil war in Syria has turned into a proxy war for other nations such that neither side can gain complete military victory over the other as international parties adjust their support to keep conflicting parties from eliminating their clients. With U.S. backing the rebels while Russia backs Syrian President Bashar-al Assad, a peaceful resolution to the Syrian civil war seems distant, especially taking into account the heated contest between Saudi Arabia and Iran. Qatar openly arms the rebels while Saudi Arabia does so covertly. The US, Britain and France also provide arms to the opposition forces. In September 2015, Reuters reported that ‘a group of US trained Syrian rebels had handed over ammunition and equipment to Al-Qaeda’s affiliate in the country, the Al-Nusra Front, in exchange for safe passage’. This was a huge setback for the US as their plan to train and equip ‘moderate’ Syrian rebels to fight IS jihadists in Syria backfired. The New Syrian Front (a rebel group) provided pick up trucks and a portion of their ammunition (almost 25% of the equipment and vehicles issued by the US led coalition) to Al-Nusra Front. David W. Lesch argued from the very beginning that “arming opposition forces, while improving their chances in the near term, can militarize and divide a society in ways detrimental to its recovery”. Arming rebels to fight against a regime leaves the society torn in irreparable ways.

Military intervention by Russia added a new dimension to the conflict and added uncertainty to the future of what direction the crisis would take. The Russian airstrikes that were carried out on 30 September 2015 inside Syria changed the dynamics of the conflict forever and imbalanced the global power-balance. The underlying motive of Russian actions was to protect its naval base in Tartus, and it’s airbase in Latakia, which is strategically vital for Russia to facilitate military intervention in the region. This diversion made it almost impossible to arrive at a consensus at the UN Security Council.

Questions arise as to why the UN did not intervene in the Syrian civil war at an early stage. It would be partially incorrect to assume that the UN did not intervene. In April 14th 2012, when Security Council Resolution 2042 was passed, thirty UN Military Observers were dispatched to Syria to observe the ceasefire agreement. Resolution 2043 of the Security Council authorised a Peacekeeping mission called United Nations Supervision Mission in Syria (UNSMIS) ‘to monitor a cessation of armed violence’ and to end conflict in Syria. However, neither the security forces nor the armed groups had any incentive to abide by the ceasefire. The mission was suspended within a few months as violence intensified across the country and troops had to be withdrawn.

After the disenchantment in Libya, China and Russia vetoed 3 draft resolutions which placed sanctions on Syria. In August 2013 , they voted against a resolution on use-of-force, and in 2014 they vetoed a Draft Resolution referring the Syrian crisis to the International Criminal Court. America’s experience in Vietnam, Iraq and Afghanistan had lost the popular support for another intervention. The US elections were due in 2012 and the polls indicated that a majority of US population was against military intervention in Syria. Even if the United Nations or third party mediation does manage to bring about a peace deal, the country’s political, social and economic apparatus has to be strong enough to preserve it.

On 19th September 2016 an airstrike killed a dozen UN humanitarian workers while they were providing relief. A week before the incident, U.S. and Russia had brokered a nationwide ceasefire agreement that called for cessation of hostilities. U.S. argued that Russia was responsible for ensuring that Bashar al-Assad’s forces would abide by the ceasefire agreement. Russia responded by denying its role in the attack, saying that Syrian troops were forced to respond as rebels continued to open fire. Considering the multitude of actors involved and the unpredictable nature of conflict on the ground, peace agreements are extremely complex and difficult to implement on the ground even if they are mutually agreed upon by both parties. To end a civil war, efforts have to be backed by a genuine intention to share power. What academics call lack of ‘political will’ is one of the biggest barriers to conflict resolution.

A political solution has failed so far because both sides wanted settlement completely on their own terms. Syria is still burning because of a culmination of a series of factors- misplaced expectations from the Arab Spring, lack of political will, delayed response following disenchantment with the Libyan experience, civil war with sectarian politics and the dynamics of international relations. Once again we need to harp that it is the differences in preferences of human needs, interests and values between each party that are the key to a successful negotiation. 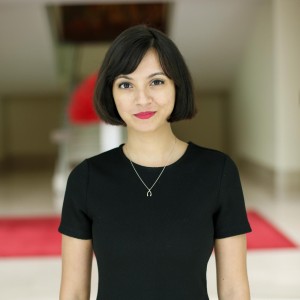