Following the breakup of the Soviet Union in 1991, a number of conflicts arose in areas of some of the post-Soviet states, usually where the new international borders did not match the ethnic affiliations of local populations. These conflicts are often referred to as frozen conflicts. The term is used for situations in which there is no active armed conflict but at the same time no peace treaty or other political agreement that would satisfy the conflicting parties. Therefore, the conflict can start again at any moment, creating an environment of insecurity and instability.

There are several conflict zones on the post-Soviet territory. This report dwells upon Transnistria – the self-proclaimed Pridnestrian Moldovan Republic not recognized by the international community).

Transnistria has been linked to Russia since the treaty of Jassy, signed in 1792 when Moldova was part of the Ottoman Empire. In 1918-1940 today’s territory of Transnistria has been part of Romania. From 1945 to 1991, the Dniester’s east bank was part of the Moldavian Soviet Socialist Republic, one of the 15 republics of the USSR.  After World War II, Transnistria had been heavily industrialized and though it accounted for only 17% of the old Soviet republic’s population, it produced 40% of its GDP.

In June 1990, as the Soviet Union was breaking up, the Russian-speaking population revolted against the Moldovan parliament’s adoption of a law making Romanian the sole official language­­.

On 2 September 1990, the «Pridnestrovian Moldavian Soviet Socialist Republic (PMR) was proclaimed («Pridnestrovie» in Russian). The republic is not recognized by the international community. In March 1992, Moldovan nationalist forces tried to regain control of Transnistria but The Moldovans were repelled, in part by the 14th Russian Army, which had its headquarters in Tiraspol. A ceasefire that June ended the fighting but froze the conflict.

The cease-fire led to the creation of a three-party Joint Control Commission, consisting of Russia, Moldova, and Transnistria, which supervises a demilitarized security zone on both sides of the Dniester River. Transnistria has been a “frozen conflict” ever since.

The Transnistrian region retains a strong economic, cultural and political orientation east, towards the CIS, and especially Russia and Ukraine. The possibility of union between Moldova and Romania in 1990 caused fears among the Russian-speaking population that it would be excluded from most aspects of public life. A desire to defend a Russian-speaking culture seen as threatened was at the heart of the conflict. As a result, inn September 2006 Transistria’s voted for independence and subsequent association with Russia (97.2 percent). The country has created its own constitution, flag, national anthem, military, police, postal system, and currency. The Speaker of the Transnistrian parliament appealed to the Kremlin for incorporation into Russia. But Transnistria remains a defacto state, unrecognised by sovereign members of the international community – including Russia.

The results of the Transnistria referendum of 2006 are seen as questionable in Moldova, alternative statistics on people aspirations exist. Transnistrian claims of economic suffocation, exclusion or negative spillover from EU integration are denied by Moldova: Tiraspol was invited to participate in talks on the Deep and Comprehensive Free Trade Area (DCFTA) with the EU, the preferential trade regime for Transnistrian companies was extended till the end of 2015.

The analysis of this conflict requires a broader view as it involves not only Moldova as Transnistria interested parties. Confronting Russia and Ukraine both act as guarantors of a peaceful settlement to the conflict on the Dniester. Over two decades, Moscow claimed that Transnistria should be part of Moldova. However, Kiev expressed concern about the use of Transnistria as a platform for «separatist actions» in the Odessa region and moved to introduce administrative restrictions on the de facto border. Moscow, in turn, sees these actions as a «blockade» against the PMR and as an attempt to change the current format of the peace settlement (or at least make some major adjustments). Also worth noting the fact that the Moldovan-Transdniestrian conflict is the closest ethno-political confrontation in Eurasia to the borders of NATO and the EU. Therefore, internationally, the participants of the conflict settlement negotiations are far from united in their interests and ambitions.

The above-mentioned complications explain the lack of significant progress in conflict resolution. Since 1997, the OSCE has managed a conflict resolution process which now engages seven parties in the “5+2” format which involves the two conflicting parties (Moldova and Transnistria), an intermediary (the OSCE), two observers (the U.S. and the EU), and two guarantors (Russia and Ukraine). The OSCE-brokered talks have helped to defuse occasional crises and to keep the sides in dialogue, but no framework agreement has yet been accepted by all sides.

To contribute to a sustainable settlement of the Transnistrian conflict it is important to increase the level of confidence-building measures and initiatives of the intermediary states jointly with the conflict Sides in order to extend and consolidate economic and social links between them. These measures could ensure that conflict settlement negotiations progress more easily.

The conflict over the Transnistrian region dates back to the end of the Soviet Union and the establishment of an independent Moldovan state. However, until now very little tangible progress has been made towards a sustainable conflict settlement. Understanding both worldviews is inseparable from successful efforts to restore stability in the region. Political will, ability to compromise and persistent confidence-building measures are needed from all actors for the official talks to succeed. 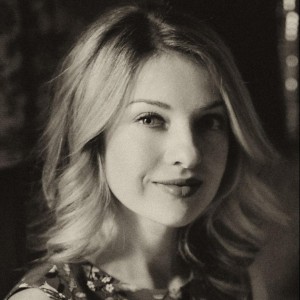