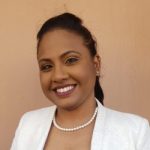 Mediation as a core social skill

thank you once again – I am truly learning a lot from you.

Mindfulness in Mediation means to me that I bring in nothing but awareness … knowing that I try to maintain my mind empty. Everything that I work with will have to be delivered as a response to my questions.

Isn’t the Silent Education a wonderful concept? The Silent Education is not attached to us but more likely represents the impact of life itself, focussing on our worldview, our life experiences, and on our actions. The Silent Educator may grant peace to a sojourning soul looking for an identity, by simply stating that You are, who you are – namely far more than a passport can express.

Devika, may I invite you to record a 20 min video lecture on your unique way of looking behind the curtain? This would be published in our Round Table Video Hub section. Please get back to me on WhatsApp if this is of interest to you.