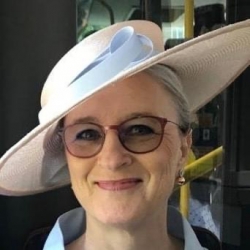 Here is some help:

This checklist may ensure that the WMO journal articles follow international standards. The articles shall follow a clear outline:

Additionally, please make sure that you consider the following points:

If you have any questions, please do not hesitate to get in contact with me. I will be also happy to create a matching topic with you.

A broker in the Mediterranean

Exploring hydrocarbon resources in the Exclusive Economic Zones (EEZ) of Greece and Cyprus by Turkey causes friction in the Mediterranean. The underlying issue is that Turkey is not a member of the United Nations Convention on the Law of Sea (UNCLOS)and thus does not recognise the sovereignty rights of Greece and Cyprus. Possible strategies to solve the conflict could be the ratification by Turkey of the UNCLOS and a separate treaty between the three states, to mediate with a neutral mediator and, to combat historical issues, an engagement in continuous negotiations between Cyprus and Turkey.

The conflict in the Mediterranean between Greece, Cyprus and Turkey over sovereignty rights causes international tension because of the different juridical positions of these coastal states under UNCLOS (UNCLOS, 1982). Due to the withdrawal of the Trump administration and Germany, the French President Emmanuel Macron takes on the leadership role to mediate in this conflict. Turkey’s ratification of UNCLOS and the ratification of a separate treaty like The Antarctic Treaty (1959) would bring peace of mind to the region; appointment of a neutral mediator, and to overcome historical tension an engagement in continuous negotiations between Cyprus and Turkey.

At the heart of the dispute between Greece and Cyprus lays Turkey’s action to explore the possibility to find hydrocarbon resources in the Mediterranean waters (Barkey, 2020). In exploring these possibilities, Turkish naval vessels crossed into the EEZ of Greece and Cyprus resulting in a conflict between the three countries. The French president Macron decided to step in to act as a broker in this dispute for three reasons: firstly, the withdrawal by both the United States and Germany to act as a mediator; secondly, to keep the rising powers Russia and Turkey at bay and thirdly, neither Greece nor Cyprus have the military power to stand up to Turkey.

However, the starting position to embark at the negotiation table is different for Greece and Cyprus. Greece signalled a willingness to negotiate as long as the naval vessels are removed. However, Cyprus is in a more difficult position due to the invasion by Turkey in 1974 and the fact that Ankara does not recognise Cyprus. Hence negotiations seem unlikely to resume shortly between Cyprus and Turkey.

A further issue makes the situation difficult. Turkey is not a signatory of UNCLOS (1982) and subsequently the EEZ (UNCLOS, 1982a). Articles 56 and 57 of the latter give countries the sovereign rights of a two-hundred-nautical mile area to explore and exploit natural resources (UNCLOS, 1982a). Consequently, Turkey feels free to ship into EEZ zones of Greece and Cyprus. As a result, both countries feel that their sovereignty rights have been challenged, as both countries are signatories of the UN convention.

Various possibilities are at hand to solve the dispute. Foremost, the ratification of Turkey of the UNCLOS through a mediation process would be most beneficial. This in turn might accelerate the European Union’s (EU) accession process. Moreover, Turkey could also get more bargaining power as it will be regarded an equal member in relation to issues in the Aegean Sea and the East Mediterranean. An engagement within a multilateral framework could increase Turkey’s international reputation in International Relations. Alternatively, Turkey could sign a separate treaty with Greece and Cyprus like The Antarctic Treaty (1959), whereby territorial claims would not be in the forefront but rather the protection of an area that benefits the common good instead of solely one nation. This in turn could offer new possibilities for Turkey in view of research activity and capacity, which would feed into an international recognition.

Second, appointment of a neutral mediator in the present mediation (Staff, 2020). Reason being is that it has to be questioned whether the French president is neutral in this dispute because France is a member of the EU. His mediation process could be biased when dealing with Greece and Cyprus and there could be some resentment because Turkey is not yet an equal member within the EU. A neutral mediator would enable an unbiased approach to explore the interests and underlying assumptions of the conflicting parties.

Lastly, what remains tricky is the historical point around the nonrecognition of Cyprus by Turkey. However, the only way seems to be the diplomatic path and the ‘négociation continuelle’ (Berridge, 2001, p. 73).

The conflict between Greece, Cyprus and Turkey over sovereignty rights causes tension in the Mediterranean. At the core of the dispute is the entering of Turkish vessels into the EEZ zones of Greece and Cyprus in the search of hydrocarbon resources. The underlying issue is that Turkey has not ratified the UNCLOS and does not recognise Cyprus. Three solutions could ease the tension: Turkey’s ratification of UNCLOS; a separate treaty between the three neighbouring countries like the Antarctic Treaty; a neutral mediator, and engagement in continuous negotiations between Turkey and Cyprus to overcome the historical tensions.

Barkey, H. (2020) ‘France vs. Turkey: A Showdown in the Mediterranean is Brewing’, The National Interest,16 September. Available at:
https://nationalinterest.org/feature/france-vs-turkey-showdown-mediterranean-brewing-169048#:~:text=French%20President%20Emmanuel%20Macron%20has,a%20Mediterranean%20beseeched%20by%20conflicts. (Accessed 29 October 2020).

Staff, P. (2020) ‘What are the Three Basic Types of Dispute Resolution? What to Know About Mediation, Arbitration, and Litigation’, Program on Negotiation, Harvard Law School, 8 October. Available at:
https://www.pon.harvard.edu/daily/dispute-resolution/what-are-the-three-basic-types-of-dispute-resolution-what-to-know-about-mediation-arbitration-and-litigation/ (Accessed 31 October 2020).