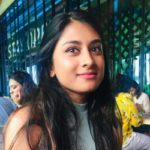 thank you for all your thoughts.

I am very happy that you keep a distance towards the explanation of the dictionary. And yes, a definition per se, would cause injustice to the hardly to define topic at all. This is due to the fact that we talk about a personal experience that varies from person to person, from situation to situation, … finding its infinity within the diversity of mankind.

I believe that each day we live offers us a multitude of lessons, but more often than not, people ignore these possibilities to develop themselves and to improve the meaning of their existence. To me, mindfulness is the key to find a focused path in life, like we practiced it when we were kids. Children play in such a concentrated way that they forget about their environment. Thereby, mindfulness is the concept conquering the massive distraction that we possibly suffer today.