Understanding intercultural communication and conflict resolution in our lives

Research has identified cultural values and emotional intelligence as central determinants of conflict handing styles, little is known about the mechanism through which cultural values impact individuals, preferences for specific conflict handling styles. Intercultural conflict have become a day-to-day life that we witness in our societies. One can say that these have become part of us and sine-qua-non to the people. The more we come across people in our working places, at school, market places, and even in our basic closest relax places, we experienced social conflict and cultural misunderstanding during interaction, and these account to cultural conflict.
Since the dawn of history of men, there has been conflict; conflict between individuals; conflict between groups; conflict between civilisations. Culture plays an important role in conflict generation. What causes conflicts? Why do indifferent cultures often get in conflicting situations? Indeed some would say that conflicting parties just have to communicate better; that conflicts are caused by misunderstanding and miscommunication. However, this isn’t always the case, indeed most of the time there is a deeper cause of conflicts that aren’t caused by miscommunication. Thus, most of conflicts involve incompatible goals between two parties.

Before we move further, let’s quickly understand what really Intercultural conflict is all about; Intercultural conflict can be describe as conflict which involve two or more different cultural groups/individuals due to lack of cultural orientation/knowledge among themselves. Culture in its own way can lead two groups with different culture to conflict. Indeed, culture includes believes, art, knowledge, law, customs, values, morals, and many other aspects, habits and capabilities one can learn as a member of a given society.

My experience: On 10th of October 2018, a friend from Nigeria came to spend a holiday in my house, and his name is Joseph. Something happened a day after his arrival, and one morning when he was cleaning the compound, Joseph saw my landlady and Joseph greeted her saying, good morning Madam; my landlady who is in her 50’s reacted angrily and said to Joseph with a harsh tune, am I older than your mother! Go and greet your mother that way. Joseph on the other hand felt bad, why would Sandra insult my mother?

The cause: Misunderstanding / cultural differences:

1. We do greet people older than us in Nigeria with Madame or Sir.
2. In Italy, you are allowed to call older people by their names, while it seems to be an immoral act in Nigeria.

Joseph was very angry that Sandra refused to answer him when he greeted her but decided to insults his mother, and on the other hand, Sandra was also angry that Joseph called her madam (in Sandra’s perspective, Joseph is trying to tell her that she’s old) and which according to Sandra, it’s lack of proper education, lack of proper upbringing, incorrect and unacceptable character or attitude.

The cultural differences here was that in Nigeria, people are taught to respect their elders, and one of the way to express such respect is when you call/greet your elders using the word; Sir, Madam, Boss, e.t.c, and not calling them by their names. But in Italy, you are allowed to call elderly people by their names, and even children do call their parents by names which was very strange to Joseph when I explained to him.

When I came back from work that evening, I was informed by my friend Joseph about what transpired on my absence. And that evening I sat my friend down and explained to him the reason why Sandra was angry and I educate him of some Italian culture, lifestyle and attitude. He felt sorry for Sandra and the next morning, he went straight to Sandra’s apartment and apologise to her.

That evening, I invited Sandra and Joseph to the cinema to watch a Nigeria movie. It was a great moment for Sandra to study and learn more about Joseph attitude and reasons behind the word “MADAM” in Joseph’s greeting. Sandra who was shocked, in return apologised to Joseph as they both hug themselves. It was fun and great as we discussed and enlightened ourselves about cultural differences in the world and why we need to always accept others as they are.

1. Miscommunication and misinterpretation.
2. Cultural ignorance and insensitivity
3. Lack of awareness of different societal lifestyle practices
4. Differences in cultural practice
5. Differences in perception of illness and treatment
6. Misunderstanding or conflict between different nationalities, religious or ethnic

When you work with people from culturally diverse backgrounds, it is often the difference in cultural values that causes misunderstandings and possibly conflict. You may misunderstand the other person and react in ways that can hinder the development of trusting, supportive and helpful relationships.

Conflict – if managed well, conflict itself is a positive outcome of intercultural conflict. Here’s what I mean. Most intercultural conflict exists unseen and boils over only after it is too late – ongoing misunderstanding, misinterpretations, differences in problem solving, e.t.c lead to intense conflict. It could also never be resolved which leads to lasting friction. Most of these issues aren’t addressed up-front but only after a situation breaks down or never at all. Seeking constructive conflict – identifying the gaps and understanding the ‘why’ and ‘how’ behind the cultural differences helps drive a sense of team unity and, ideally, trust. You don’t have to always agree, but rather figure out how to co-exist. One challenge with the idea of ‘cultural sensitivity’ is there tends to be a focus on all the similarities between two people or groups while avoiding the more difficult differences. Certainly, there is nothing wrong with focusing on the positives, but most cultural conflicts don’t arise from similarities. Understand the differences early and build agreements to work through these conflicts before they turn heated.

So go ahead and create some mutually agreed conflict and everyone will learn something about different cultures! Conflict Management covers the various processes required for stopping or preventing overt conflicts, and aiding the parties involved to reach durable peaceful settlement of their differences. Culture, as defined in this paper, may be a significant or insignificant influence in any conflict, being closely associated with the notion of identity. Despite the importance of a person’s individual identity, culture is commonly regarded as a group phenomenon. Culture itself is likely to be an element among others in determining the outcome of the conflict management process, depending on the degree of cultural diversity among the actors involved (parties to the conflict and intermediaries). Third party teams are likely to be strengthened in the long run if composed of members of differing national or ethnic origins who work in an integrated manner, each providing their own talents, qualities and outlook.

Culture, Identities, Human Needs and Conflict: Each person is partly like all others, partly like some others, partly like no-one else. Stress is placed in this study on the deeper aspects of culture, values, beliefs, norms, which influence perceptions, assumptions, attitudes, and eventually behaviour and traditional practices. Culture is understood for our purposes as the “collective programming of the mind”

Conclusion: Most of the time, different cultural groups believe that they are right; that it is the other culture that is to be blame. Indeed, it is hard for an individual to agree his own culture as wrong; since he grew up with it, and is now part of his life. The fact is that, intercultural conflicts are not going to disappear for as long as individual, or groups, will be different, there will be conflict. However, spreading messages of tolerance and educating others about intercultural relations can reduce the rate of those conflicts. Indeed, being open-minded reduces tensions when interacting with others; leading more likely to cooperation instead of competition. We must remind ourselves that our culture isn’t better than the others, just different. We should not judge others by comparing their culture to our own, since we are already biased in favour of our own. 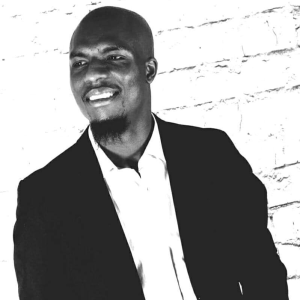