The US and China conflict intensified in 2018 that entails placement of tariffs. The president of the United States sought to mend the abuse of a broken international system and unfair trade activities between the two nations. The US held that Chinese laws undermined the intellectual property rights to engage joint ventures with their companies. For that matter, the US, Canada, Mexico, and the EU nations allege the Chinese market to be distorted, thus do not recognize it as a market economy. In 2018, Richard Trumka president claimed that China had robbed the US intellectual property and forced its way to acquire critical US advances in technology (BBC News, 2019). Besides, the United States, other countries have claimed that Chinese hackers have invaded their scientific confidentialities. For that matter, the imperialist nations have developed a hostile relationship with China.

On May 2019 the US President Donald Trump increased the tariffs on China from $ 200 billion on Chinese imports from 10% to 25% after failing to strike a trade deal. Similarly, China revenged by announcing that levies will be imposed on US products amounting to $61 billion (Chipman & Wong, 2019). The two countries have been in a prolonged economic battle where when one imposes a tariff barrier on the other; then the affected nation does the same. The US and Chinese government earlier on January planned a meeting to talk about their trade relationship and find a consensus. However, the US canceled such meeting holding that there was no agreement about the IP rules.

Even though the delegation from the US and China, including the two bosses, have been able to meet and talk, there has not been a resolution for the issues of the two countries. The two countries have been playing hardball with no country willing to settle for less. Recently, on May 19th, the Trump Administration sanctioned the Chinese tech mobile company Huawei, citing it to be a security threat (McDonald, 2019). The impact of that ban is likely to affect both nations adversely since many US companies depended on microchip from the giant tech. However, the Chinese administration has not reacted and still following up on the issue before they give the next course of action.

With the current sanction about the Chinese giant tech company Huawei, the main question is the impact it will have on the global market. It is evident that apart from invading the US market that saw it being ahead of the long-time mobile firm, Apple Inc., Huawei had a large market share beyond China and the US. The ban followed deactivation of its play store Google that cause many worries among the users. The main question that everyone asks him/herself at the moment is; how has the world market taken such action? What about the companies that used Huawei’s microchip and software? Will they stop operating or will the US government compensate them for the losses that are evident in the current financial year?

The central claim of the US government for the ban was that the mobile device was a security threat. However, for how long has it been a security threat to the world and have they ever warned the public against such threats before? Formerly the Trump government had imposed 25% tariffs on $ 50 billion in products like aerospace, automobile, communication and robotics, food ingredients, construction materials, bike spare parts and burglar alarms among others (Gillespie & Horowitz, 2018). Similarly, china place similar tariff, especially on the US agricultural products, luggage, electronics, housewares, and food, among others. With the current sanction, how is China likely to respond? Establish a ban on iPhone from the US too?

The main objective of the initial barriers was to ensure fair trade deals between the two countries and other players in the global market. Trump argues that the US has a huge trade deficit with China, thereby needs to equalize such deficit. However, then is the creation of barriers and banning some products from China a solution to such economic imbalance? Does China also have trade deficits with other countries in the world? For instance, China has a trade deficit with Germany, where it imports most of its motor vehicle (Walker, 2019). Should they also do the same to other nations in a bid to correct such abnormalities? Since the two economies are the pacesetters in the global market, what is likely to happen in the global market? Are shortages of the affected products likely to occur and what will it mean to their prices? What about the economic stability of the global world? Could there be another period of economic depression as a sign of a cold war between the two countries?

The underlying main block towards the settling of these disputes is the rigidity of Trump who believes that to create fairness in the trade between the two countries is to increase barriers like tariffs (Jolly & Partington, 2019).  For that matter, he believes that the trade relationship between the US and China will obtain an equilibrium. Now that he has gone past just a tariff to a ban, will that create such balance? Moreover, what impact does it have on the employment and growth of US industries? Until the two countries leaders soften their game, the solution to the current conflict will take long to find.

The structure is this conflict does not seem to substantiate the objectives of enhancing the trade between two countries to reach equilibrium but rather a battle for global supremacy. Currently, China has increased its world involvement, and that has emerged as a threat to the United States. It is undeniable and that why there are instances of war in the socialism countries like Venezuela, where the US needs to have control over. The US president usually is adamant does not fancy talks between countries to create a favorable business environment. As a result, the mediation of this conflict stands a challenging matter not only due to that but also because it is a war between the superpowers who are expected to give direction.

Gerzon, M., (2014). To Resolve a Conflict, First Decide: Is It Hot or Cold? Havard Business Review. Retrieve from https://hbr.org/2014/06/to-resolve-a-conflict-first-decide-is-it-hot-or-cold

Jolly, J. & Partington, R. (2019). US-China trade war: all you need to know about Trump’s tariffs. The Guardian. Retrieve from https://www.theguardian.com/us-news/2019/may/06/trump-china-tariffs-trade-talks-tweets

Lively, J., (2014). Affirmations: the Why, What, How, and What if? Psychology Today. Retrieve from https://www.psychologytoday.com/intl/blog/smart-relationships/201403/affirmations-the-why-what-how-and-what-if

McDonald, J., (2019). Huawei Will Lose Some Google Services After US Ban. Time. Retrieve from http://time.com/5592088/huawei-phones-losing-google-services/

Wakslak, C. J., & Trope, Y. (2009). Cognitive consequences of affirming the self: The relationship between self-affirmation and object construal. Journal of Experimental Social Psychology, 45(4), 927-932. 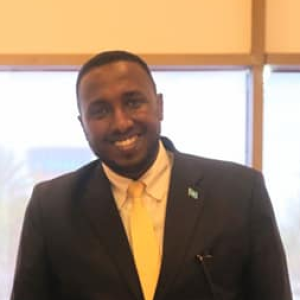