The population of Bangladesh is largely homogeneous – about 99 percent speak Bengali, the country’s state language, and almost 90 percent are Muslims (Caf Dowlah, 2013). As a result, more than 45 ethnic minorities represent less than 2 percent of the total population. The constitution of Bangladesh has the principle of homogeneity ( Article 9) and Banglali nationalism. Ethnic minorities living in Bangladesh have been struggling to have their identity recognized by the state even since independence in 1971. Ethnic minorities can be categorized into two groups: plains land ethnic minorities and those in the Chittagong Hill Tracts regarded as Hilly land ethnic minorities (Dhamai, 2014). They are located mainly in the border regions in the northwest (Rajshahi-Dinajpur), central north (Mymensingh – Tangail), northeast (Greater Sylhet), south and southeast (Chittagong, Cox’s Bazar and Greater Barisal).

There are about Thirteen ethnic minority communities live in the CHT and the people are of Sino-Tibetan descent belonging to the Mongoloid group and similar to the people of north east India, Myanmar, and Thailand rather than the people of the other parts of Bangladesh. Those communities are known as different names like Chakma, Marma, Pankho, Khumi, Lusai, Murong, Bonojog, Tanchanya, Khyang, Chak, Tripura, Mro, and Ryang. People call them Jummo or Pahari (The hill Men).

In the Chittagong Hill Tracts, Parborth Chattogram Janashahati Samity (PCJSS) introduced the termed “Jumma” as a collective name for the twelve different ethnic groups referring to the traditional jhum (swidden) cultivation practiced in the hills (Arens and Chakma, 2002). Ethnic minority groups in the CHT are also popularly known as “Pahari” (meaning hill people) (Roy, 2009). On the other hand, plain land indigenous groups particularly those in the north-western greater Rajshahi region used to be known as “Adivasi,” meaning aboriginal or indigenous. The term “adivasi” or “indigenous” received little attention from other parts of Bangladesh until 1990 (Roy, 2009). However, after the declaration of the International Year of the Indigenous Peoples by the United Nations in 1992, most of the indigenous peoples from CHT and plain referring themselves as Indigenous in English and as Adivasi in Bengali meaning (Roy, 2009).

The Bangladesh Government ratified the ILO convention (1957) in 1972 just after independence regarding the rights of indigenous and tribal peoples. This convention is the only international law on the rights indigenous and tribal populations, and covers a wide range of issues, including land, recruitment and conditions of employment, vocational training, handicrafts and rural industries, social security and health, administration, education and means of communication.

Government has declared that there are no indigenous peoples (The Daily Star, 2011) in the country and has preferred to use terms such as “tribe” and “tribal” instead of “indigenous” (Roy, 2009). Ethnic minorities have been referred in different names in different legislations. For example, a finance law in 1995 uses the term “indigenous hillmen”; the East Bengal State Acquisition & Tenancy Act of 1950 uses the term “aboriginal castes or tribes”; the National Poverty Reduction Strategy Paper adopted by the Government of Bangladesh in 2005 (“PRSP-I”) uses “adivasis/ethnic minorities”; and the 2008, The Poverty Reduction Strategy Paper (PRSP-II) uses the name “indigenous communities” and “indigenous people” (Roy, 2009).

The Small Ethnic Groups Cultural Institution Act 2010 also mentions the phrase “khudro nrigoshthhi” (small ethnic groups) to refer to indigenous peoples. Finally, the government also refers to the indigenous peoples of Bangladesh as “tribes”, “minor races” and “ethnic sects and communities” in the 15th amendment of the constitution in 2011(Dhamai, 2014). The nation ship of Bangladesh original was Bangali. The constitution was amended by Military Ruler in 1977 to Bangladeshi. Again, the Supreme Court declares that “the people of Bangladesh shall be known as Bangalee as a nation and the citizens of Bangladesh shall be known as Bangladeshis” and finally ratified with the Article 6.2 of the amended Constitution (Fifteenth Amendment) Act of 2011. This infers that the government can impose upon ethnic minorities the use of a Bengali identity rather than their own identity.

Regarding the Indigenous issue in Bangladesh, the Permanent Forum on Indigenous Issues of the United Nations published several reports discussed indigenous issues in Bangladesh in 2011 (UNPFII, 2011). In response, the Bangladesh Government declared that it would not use the term “indigenous” in the country, claiming that there are no indigenous people (The Daily Star, 2011). Finally, the government also refers to the indigenous peoples of Bangladesh as “tribes”, “minor races” and “ethnic sects and communities” in the 15th amendment of the constitution in 2011(Dhamai, 2014).

As many ethnic minorities are not officially recognized as such, they face multiple discriminations. The CHT history has meant that it is now governed by a specific Ministry and a number of laws and political directives. This is not the case for plain land ethnic minorities who find themselves more surrounded by Bengalis and more easily slip off the policy radar.

The government has taken little political initiative to be provided specific support for the development and improvement of their livelihoods. According to Hossain Zillur Rahman, Executive Chairman of Power and Participation Research Centre (PPRC).

“The indigenous people of the plains are marginalized both in situation and in discussions. The government and donors have a lack of knowledge about them. Indigenous people of the hills are given a priority over them. Unlike the CHT, there is no substantive law for plain land ethnic communities that seek to protect their distinct culture, language or tradition. 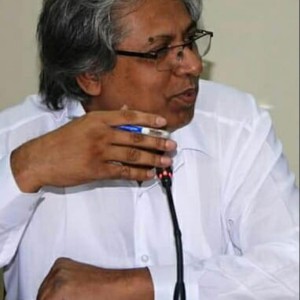 All Posts »
PrevPreviousHistory of ethnic minority in law and rule
NextNeutrality, Power and Influence of MediatorsNext