Mediation in the United Arab Emirates

Sulh or amicable settlement has a long history within Arab and Islamic societies and have their roots in pre-Islamic Arabia. Party autonomy is the one of the most attractive elements of the mediation process. In case of a litigation/arbitration, the judge/tribunal considers the available evidences and apply the applicable legislation to a dispute, whereas during mediation the parties themselves put forth their terms of the settlement and they remain responsible and answerable for such terms.

In a promising commercial and trading hub like the UAE, mediation as an alternative avenue to traditional court litigation has proven to be an effective means of resolving disputes and attaining the most optimum results. People wish to maintain the enduring commercial, social and economic relationship with their business partners. Years of legal disputing might ruin their relationship if court as the mode of dispute resolution is opted. Thus, the disputants prepare themselves to cease their stalemate by way of amicable settlement. Mediation enables the parties to remain in control of time, cost and outcome. It evokes a feeling that they haven’t compromised much to achieve a “win-win” outcome of the dispute, as their interests are valued to its brim.  Mediations are sometimes attempted while the cases are pending in the court. This is in the best interest of achieving a speedy resolution to an ongoing case. It has been noticed that often the chosen mediators are legal counsels. This is due to their awareness of the legal rights and obligations concerning the dispute. The parties are thereby benefited from the legal counsels’ skills in drafting the settlement agreement. The courts in the UAE give same weightage as of judge’s order for the settlement agreement if the benefited party opts to file it in the court.

In the UAE, by virtue of the federal law, mediation centres were established wherein civil/commercial dispute not exceeding AED 500,000 and of non-estimated value are referred. The significant feature of the law is that the settlement arrived in mediation process is final and that it cannot be appealed.

The ruler of Dubai launched the authority for amicable settlement of civil and commercial disputes in Dubai by virtue of Dubai Law No. 16 of 2009. This progression describes the UAE government’s desire to encourage and increase the utilization of mediation process to resolve disputes. The settlement reached by the parties shall be recorded in the form of a reconciliation agreement as approved by the competent judge and shall be binding on the parties.

It is a fundamental principle that when peace negotiations include women, peace lasts longer. The partnership between the UAE Ministry of Defence, the General Women’s Union, and UN Women to support Arab women who are interested in serving as peacekeepers proves that the UAE is working to mainstream gender equality and women’s empowerment in conflict prevention and maintaining international peace and security. Implementation of this program however on the ground remains a challenge due to the prolonged nature of crisis today and women and girls are targeted in the conflict zones of terrorism and extremism.

The most obvious down side with mediation is that it is unlikely to work unless the parties genuinely desire to reach agreement. The parties cannot be compelled to mediate unlike in litigation/arbitration. With the outcome of mediation, the mediator’s role ends as the mediator is not there to judge or impose a decision. Another downside of mediation in the UAE is weak procedural steps. Critic debates that definite procedures need to be followed in a manner that will conform to some basic standards and strategies for dispute resolution.  It is also argued that mediation is another tier of litigation and a waste of time and money when no binding decision is reached as the parties subsequently litigate.  Mediation is not adequate when a legal decision is required where an area of law is unclear or untested. Further, the remedies such as injunction, mandatory and prohibitory orders cannot be achieved or agreed by mediation. There is no specific federal or local legislation in the UAE for executing the mediation result arising out of private mediation. Hence, the parties need to rely on the traditional court system in the UAE, for enforcement of the mediation settlement agreements.

Beyond the domestic legislations, as part of a wide-ranging methodology to prevent and settle disputes peacefully, the UAE has called on the international community to build up mediation efforts. At the UN Security Council Open Debate, the UAE delegate to the UN, emphasized the prominence of mediation and peaceful resolution of conflicts.  Middle East is notable for long-term conflict in multiple countries viz Libya, Palestine, Syria and Yemen.  Hence, this region could benefit from greater mediation efforts. The success of peace agreement between Eritrea and Ethiopia is a triumphant instance of the UAE’s diplomatic efforts to establish peace. 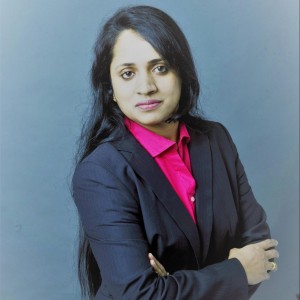 All Posts »
PrevPreviousSeries: Evaluating International Mediation Acceptance – Case of the Ongoing Anglophone Dispute in Cameroon (1)
NextMacro-Trends in the development of commercial mediation in VietnamNext