When attempting to resolve conflict between parties, it is important to understand the motivations and psychological characteristics of those involved. This article takes a brief look at the psychological profiles relevant to the law enforcement community: those of incarcerated individuals who engage in violent or otherwise disruptive behavior, namely, hostage taking.

It was a sunny Tuesday morning when the call came over the two-way radio: “Special Housing to Dr. Smith.” “Go for Dr. Smith,” I replied. “Phone 20?” requested the voice over the radio. After providing my phone extension I received the call informing me that my presence was needed in the Special Housing Unit (SHU) where an inmate had taken his cell mate hostage and was threatening to kill him unless he was placed in a cell by himself. The inmate had somehow managed to tie his cell mate up to the bunk bed frame with torn sheets and had several razor blades taken from disposable razors given to him to shave. As far as hostage negotiations go, this one was pretty straight forward. After demonstrating such proclivity for violence and extreme measures, this inmate would likely remain celled alone for the remainder of his time in SHU. The event was brought to a peaceful resolution with the inmate submitting to restraints.

In many ways this event was typical of hostage situations. In other it was not. Most hostage situations are spontaneous with the hostage taker making an impulsive decision out of fear or frustration. Additionally, the majority of hostage situations are resolved within minutes to a few hours. While we don’t know whether the SHU incident was planned or spontaneous, where it does differ from the normal hostage situation is that is occur in a secured correctional institution. Contrary to what the average person may believe based on a limited knowledge of what really goes on inside prisons, the occurrence of inmates taking hostages, whether they be staff or other inmates, is quite rare. According to the FBI’s Hostage and Barricaded Database System (HOBAS), a data collection research instrument, it is more likely that a hostage incident will occur in a barn than a prison.

Early literature focused on the situation profile of hostage events. In other words, training resources for negotiators discussed the situational context of the incident rather than the characteristics of the hostage taker (HT). For example, the “psycho” HT included all mentally ill inmates who took hostages while in the midst of some delusional, psychotic, or emotionally unstable episode and those who pretend to be mentally ill to meet some desired end. Other contextual profiles included the “situational” HT in which an inmate impulsively takes a hostage in an attempt to solve a problem or escape some particular situation, the “grievance airer” who takes a hostage to call attention to some grievance, the “escape plan” HT who takes a hostage as part of a preplanned escape plot, the “riot-related” HT who takes a hostage in the violent upheaval of a riot, and the “terrorist” who takes hostage as part of a plot to create fear and disruption. (Prison Hostage Situations, 1983)

While recognizing the situational context that hostage situations are likely to occur in is important to the preparation and ultimate resolution of the crisis, much attention has to be paid to the psychological profiles of HTs. This has been the focus of more recent literature as overtime it has been demonstrated that the strategies for responding in hostage situations are more successful when accounting for psychological characteristics of HTs than the situational context.

The above psychological profiles are by no means an exhaustive, one-size-fits-all collection. They are simply a means of developing a practical understanding  and strategies for negotiating with HTs. 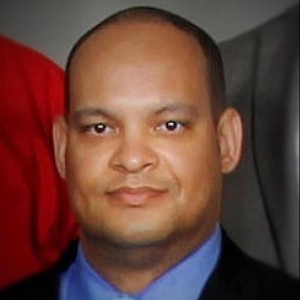 Dr. Jerry D. Smith Jr. is a clinical psychologist specia;izing in forensics, a consultant, and the founder of Breakthrough Psychological Solutions PLLC. He is an expert in correctional management, personnel management and corporate leadership, crisis communication and conflict resolution, behavioral analysis, and predicting violent behavior. He holds Doctoral and Master's degrees in Clinical Psychology and Professional Counseling. Dr. Smith has taught forensic psychology and human development courses at the college level and conducted workshops and presentations on various multicultural. conflict resolution, and leadership issues with state and federal agencies. Dr. Smith has worked in various capacities within the criminal justice field, to include involuntarily committed inpatient psychiatric hospitals, juvenile detention centers, adult community corrections/re-entry centers, adult offender treatment practices, and the Federal Bureau of Prisons within the U.S. Department of Justice. In his various professional capacities he served as a residential drug abuse program coordinator, crisis negotiator and response trainer, sexual assault prevention and intervention expert, behavior and mental illness management expert, and suicide prevention expert. Dr. Smith is the co-creator of the Critical Dynamics model for building and managing high performance teams and the Feedback Informed Leadership and Management (F.I.L.M.) protocol.
All Posts »
PrevPreviousThe cold war between Iran and Saudi Arabia.
NextAn impediment to MediationNext