Sexual violence is known as an overall result of armed conflict and other crises. However, in the Tigray region, it has taken another dimension. It has become the primary weapon of war in multiple faces with systematic rape. The late intervention of the international community, including local nongovernmental organizations, forced the Ethiopian government to speak on the issue. The need to balance its actions against the United Nations Resolution 1325 on Women, Peace, and Security to support the victim and ensure their future is the primary purpose of this analysis drawn from different sources. With the ongoing conflict, what is the future of sexual violence victims in Tigray?

Following the resistance of the Tigray government to align to the political reform of Prime Minister Abiy Ahmed, a conflict erupted on November 4, 2021, between the special forces of the Tigray regional government and the Ethiopian National Defense forces. The escalation of tension has since provoked mass atrocities and human rights abuses especially sexual violence mainly in Mekele. Till today many voices are being raised to huge the government to stop conflict and allow humanitarian access.

Sexual violence as A normal weapon of war in THE Tigray REGION?

In the current Tigray conflict, the prominent sexual violence in Mekele is systematic rape. Rape is of many kinds ranging from gang rape, rape in front of family members, and men forced to rape their family members under the threats of violence. Moreover, rocks, nails, and other dangerous objects have been moved inside women and men’s bodies, sometimes during sexual assaults, according to health workers. This kind of situation causes trauma and humiliation in the community. This psychosis forced patients to remain anonymous. However, even in a conservative society such as Ethiopia, it is worth acknowledging and encouraging women who take exceptional courage to share the most personal and excruciatingly inclement about their ordeal. Until March 25, 2021, five clinics reported more than 500 rape cases in Ethiopia’s Tigray region. It is likely too high.

The implication of the sexual violence on the UN-Resolution 1325

The U.N. Security Council Resolution 1325 on women, peace and security (2000) calls all parties to take extraordinary measures to protect women and girls from gender-based violence, particularly rape and other forms of sexual abuse, in situations of armed conflict. After months of denials from Ethiopia and Eritrea, the voice of many organizations prompted the Ethiopian Prime minister to admit abuses might have committed. Distraught with the situation, Pramila Patten, U.N. special representative of the secretary-general on sexual violence in conflict, on April 14, 2021, asked the U.N. to act at the highest level to apply Resolution 1325 to the crimes in Tigray. This means to take sexual violence in Tigray as a war crime and deliver justice accordingly. Therefore, prime minister Abiyi Ahmed made a firm promise to hold accountable all the alleged perpetrators of sexual violence in Tigray. Not being respectful of anyone, Mr. Abiyi implied his soldiers. in the actual context, humanitarians’ narrow approach to sexual violence not only ignores victims/survivors other than the stereotypical but also frees perpetrators from scrutiny—including the international humanitarian community itself, through whose widespread depoliticization of sexual violence has expunged the connections between gender inequality and violence

How the Ethiopian government is yet to deal with the crisis and ensure all the victims of sexual assault in the Tigray region will determine their future. The government must first put an end to the conflict through a peace agreement in which the cessation of sexual violence is a condition.  On the other hand, it should monitor and check the raping even after the conflict to ex belligerent not to wage a proxy war on another’s woman, provide an environment for free medical and psychological support for all the victims renovate all the medical facilities. Furthermore, mechanisms should be put in place to encourage victims to open up while enforcing measures to fight retaliation. It is also interesting to foster gender justice, restore the rule of law in Tigray, and independently investigate by an independent expert.

In Tigray, conflict-related sexual violence has become the primary weapon of war. It has caused much trauma, forcing victims, especially women and girls, to find uncertain places of refuge. Since the beginning and deafened by the international community and the Ethiopian government, the alarm raised by human rights organizations finally forced the latter to acknowledge that sexual violence had been perpetrated before making a solid promise to bring the perpetrators to justice. The level of sexual violence calls for a confrontation between the measures to be taken and united nations resolution 1325 on women, peace, and security to establish the belligerents’ responsibility. However, the war continues, and the Ethiopian government must letter an end to the hostilities. This will create an environment conducive to the prevention and care of victims of sexual violence through measures and mechanisms appropriate to a state of law. 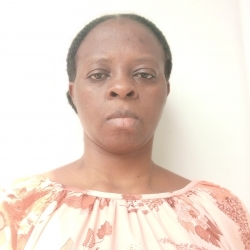 All Posts »
PrevPreviousRestorative Justice: An Answer to Sexual Violence in Nepal?
NextSudan: Towards a Proposal Solution to end Famine in South SudanNext