Macro-Trends in the development of commercial mediation in Vietnam

Vietnam and the EU formally completed the legal review of the EVFTA and Investment Protection Agreement (IPA) in August 2018.[1] The specific regulations on mediation included in the EVFTA demonstrates the special attention given by Europe and Vietnam to dispute resolution through mediation.[2] An entire chapter of the EVFTA is devoted to outlining the protocols of the dispute mechanism in the trade agreement.  Vietnam is not one of the signatories to the Singapore Convention. There is concern is that Decree 22 Law of Mediation in Vietnam requires that the parties apply their mediated settlement agreements to Vietnamese Courts.

ANNEX 15-C of the EVFTA sets out the procedure for resolving commercial trade disputes involving the trade agreement. In future, this trend is to include dispute resolution mechanisms such as mediation and conciliation. This could well lead to an instrument on the enforcement of international commercial settlement agreements resulting from mediation. The result could have an effect similar to the 1958 New York Convention on the Recognition and Enforcement of Foreign Arbitral Awards.[3] Through the EVFTA, Vietnamese legislators will be provided with a sound legal framework to develop commercial mediation and investment mediation.

Recent developments in Vietnam have shown that mediation training and international accreditation are supported. The IFC, in partnership with the Swiss Secretariat for Economic Affairs (SECO), has been recently supporting capacity building by offering mediation training for a select group of participants. With the IFC’s support, over 60 participants have been accredited by the well-known London-based Centre for Effective Dispute (CEDR) the largest conflict management and resolution consultancy in the world. The World Mediation Organisation has also been involved in accrediting mediators in Vietnam through pro bono initiatives in the business community and with law students as part of clinical legal education programs.

To date, there are only two registered mediation centres in Vietnam: The VMC in Hanoi and Chambers Mediation in HCMC[9], both reporting only one successfully mediated case at the VMC for 2018.[10] EuroCham, together with the Italian Chamber of Commerce in Vietnam (ICham), recently partnered with the Asia Pacific Mediation Forum and Hue University in Vietnam to convene the largest international mediation conference ever held in Vietnam, with over 40 domestic and international speakers and over 15 professional development workshops.[11] There have also been some efforts to promote a court-annexed style of mediation in Vietnam through pilot projects in various court jurisdictions.[12]

The UN Convention on International Settlement Agreements Resulting from Mediation, also known as the Singapore Convention, is similar to The New York Convention and the Hague Convention, which deal with settlement agreements in international arbitrations. This new Convention will promote the use of mediation as an option for businesses to resolve their disputes. It lists specific conditions to be fulfilled in order for a State to enforce a mediated settlement agreement. It excludes settlement agreements which (a) have been approved by a court or have been concluded in the course of court proceedings, (b) are enforceable as a judgment in the state of that court, or (c) that have been recorded and are enforceable as an arbitral award.[13] A signing ceremony for the Singapore Convention on Mediation is expected in Singapore in 2019.[14]

Mediation procedures for labour disputes are outlined in Article 164 of the Labour Code, which states that: Within 7 days from the date of receipt of the request, the labour conciliatory council of the enterprise shall commence the resolution process of a labour dispute. Both parties and their authorised representatives must be present at the conciliation meeting.[15] However, some shortcomings have arisen from the mediation of labor disputes, namely that the members of the mediation council include employer-related persons (representatives of enterprises). Thus, the true meaning of mediation sessions is not ensured. Also, the enforceability of mediation settlement agreement is not clearly provided for in the legal regulations.[16]

Vietnam is not one of the signatories to the Singapore Convention. Our concern is that Decree 22 requires that the parties apply their mediated settlement agreements to Vietnamese Courts. Parties that certify their dispute with the Vietnamese courts will not be protected by provisions of the International Convention. The Convention does not apply to settlement agreements that: (i) have been approved by a court or have been concluded in the course of court proceedings; (ii) are enforceable as a judgment in the state of that court; or (iii) have been recorded and are enforceable as an arbitral award.[17]

Vietnam’s participation in the Singapore Convention would strengthen the country’s stature in the international community. Moreover, as the current Decree 22 does not recognise foreign mediated settlements, participation in the Convention will then become a viable option for foreign investors and traders when the Vietnamese courts recognise mediation settlements from overseas proceedings.

[3] Convention on the Recognition and Enforcement of Foreign Arbitral Awards (New York, 1958).

[10] As was recently reported by Le Net, Mediator of the VMC, at a Court Annexed Mediation Seminar November 2018 given by Thomas G. Giglione at the National Economics University Faculty of Law

[12] “Building Support for the Expansion of Court-Annexed Mediation in Vietnam”, Harvard Law School. Available at:      <http://blogs.harvard.edu/clinicalprobono/2018/09/19/building-support-for-the-expansion-of-court-annexed-mediation-in-vietnam/> last accessed on 5 February 2019. 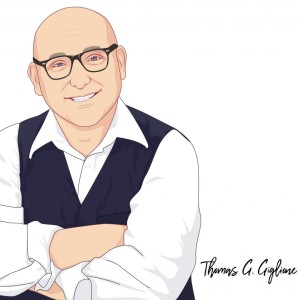 All Posts »
PrevPreviousMediation in the United Arab Emirates
NextSeries: Evaluating international mediation acceptance – Case of the ongoing anglophone dispute in Cameroon (2)Next