Peace for the Rohingyas?

Where are the Rohingyas now? Could they find peace?

In 2017 the Rohingya, a Muslim minority in Myanmar, became victims of ethnic cleansing, so the UN. Thousands of people flee into the neighboring country Bangladesh to save their lives. They are not acknowledged as citizens from Myanmar by the government, until today. A century-old conflict in the predominantly Buddhist country had turned into an outburst of violence and led to a humanitarian crisis in the neighboring country Bangladesh. But where are the 700.000 refugees today, after 4 years? Did they find a new region to live in peace?

Thank you for taking your time to focus back on a century-old conflict. Asking some people, the main impression seems to be that the conflict is over.

In 2021, in which another old conflict between the Myanmar government and another minority – the Karen people – escalated. But that is a whole other story, which we might look at later. First  I would like to give a brief overview of the history of the conflict between Myanmar and the Rohingya in order to understand the background.

Who are the Rohingya?

The Rohingya are the largest Muslim group with their own language and culture in the predominantly Buddhist country. Beginning in 2017, the number was around one million in Myanmar. UN Secretary-General Antonio Guterres described them as “one of, if not, the most discriminated people in the world”. One of Myanmar’s many ethnic minorities.Their ancestors were Arab traders who have been in the region for generations.

Myanmar denies the Rohingyas citizenship and officially refused to recognize them as people in 2014. They are seen as illegal immigrants from Bangladesh. Since the 70s, Rohingyas have migrated from all over the region. During the last years, they’ve always been facing violence and abuses by the security forces of Myanmar. But in 2017 the tensions escalated when Rohingya militants fought back and launched deadly attacks on more than 30 police posts from Myanmar.

700.000 people fled from military troops, backed by local Buddhist mobs, into Bangladesh. Villages were burned, women and girls raped and abused and civilians killed, so Amnesty International and Médicines Sans Frontières. At least 6700 people, including over 700 children under the age of 5 were killed after the violent escalation. At the same time, the government puts the number of dead at 400 and many villages were destroyed after September 2017, when Myanmar’s leader, Aung San Suu Kyi said, security forces operations had ended.

What is the international response?

Myanmar’s military got accused of carrying out mass killings and rapes with “genocidal intent” by the UN in August 2018. The case was brought to the International Court of Justice by a small Muslim minority of Gambia in 2019. On behalf of dozens of other Muslim countries, they called for emergency measures to be taken against the Myanmar military. The Nobel prize laureate and state counselor of Myanmar Aung San Duu Kyi rejected allegations of genocide when she appeared at the court in December 2019.

The court called the 600.000 Rohingya remaining in Myanmar “extremely vulnerable” to military violence. The court ordered the country to report regularly to the tribunal about its progress – a sharp offensive against Aung San Suu Kyi, who asked the court to drop the genocide case. Aung San Suu Kyi spent over a decade fighting against the Burmese military that she is now defending. Reed Brody, counsel and spokesperson for Human Rights Watch: “This is the most important court in the world intervening in one of the worst mass atrocity situations of our time while the atrocities are still happening. It doesn’t really get more significant than that.” 600.000 Rohingya are remaining in Myanmar under inhuman circumstances with a “serious risk that genocidal actions may occur and recur”, so UN investigators.

The refugees in 2017 had joined thousands of Rohingya who had fled Myanmar in previous years already. Kutupalong, the largest refugee camp in the world, has more than 600.000 refugees alone. In March 2019 Bangladesh announced a restriction to let Rohingya cross the border. After an agreement for the return of refugees in early 2018, none returned. They didn’t want to go back unless they were given citizenship.

From the media point of view, the Rohingya crisis is no longer making headlines. With over 600.000 Rohingyas in Myanmar and over 700.000 in Bangladesh.

Did they find peace?

Not really. Bangladesh refused to take more refugees because they are still working on reaching their own Millenium Development Goals. The developing country barely has capacities for all these refugees. The biggest refugee camp all over the world is at its limit. And it is just a matter of time, until when the situation in Myanmar escalates again after the military coup in February. 1.3 Million stateless people without a perspective of their future and the future of their families are living at an existential minimum with limited access to food, water, and health care while communicable diseases are widely spreading. A genocide is happening right before our eyes, yet many governments still remain silent. The Myanmar government must stop this persecution. Are we really going to let 2017 repeat?

“Myanmar Rohingya: What you need to know about the crisis” https://www.bbc.com/news/world-asia-41566561 Published January 2020

“Myanmar Rohingya: What you need to know about the crisis” https://www.bbc.com/news/world-asia-41566561 Published January 2020

“Myanmar Rohingya: What you need to know about the crisis” https://www.bbc.com/news/world-asia-41566561 Published in January 2020

“Three years later: Rohingyas Muslims continue to face persecution and are torn apart from their homes https://thegatewayonline.ca/2021/04/three-years-later-rohingya-muslims-continue-to-face-persecution-and-are-torn-apart-from-their-homes/ Published in April 2021 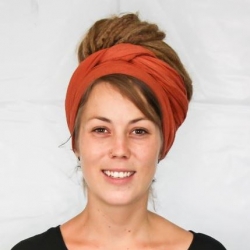 All Posts »
PrevPreviousThe ACP, EPA, and The European Union Trade Agreements
NextRestorative Justice: An Answer to Sexual Violence in Nepal?Next