The ACP, EPA, and The European Union Trade Agreements

The impact of globalization and trade brought with it the neoliberal-laissez-faire dialogue and the pursuit of profit. The ACP, EPA, and European Union trade agreements may be described as fitting this description. They make up some of the countries that have entered into international agreements for national interests. These multilateral trade agreements are aligned with open markets, limited subsidies, and foreign direct investment. These factors should be appreciated when examining the African, Caribbean, and Pacific States (ACP) countries, trade agreements with the European Union. The ACP countries have a long history with the European Community. The purpose of the ACP is to foster collaboration and cooperation with these communities. The basic aim was to facilitate sustainable development and eradicate poverty in the countries (Nyomakwa-Obimpeh, 2017).

The negotiations for the Economic Partnership Agreement (EPA) between the ACP were based on the Cotonou Agreement and were conducted in two phases beginning with: (1) The ACP-EC phase; and (2) the EC Commissioners for Trade and Development and Humanitarian Aid. The CARIFORUM negotiating mandate went through a series of regional specifics at local and then international levels. In June 2002, the General Affairs and External Relations of the EU gave the mandate to negotiate an EPA.

The trade agreement and the implications of the EPA between CARIFORUM and the European Union are put in perspective of the LOME Agreement established between 1973-1975. The Lomé Convention is a comprehensive trade and aid agreement with developing countries in Africa, the Caribbean, and the Pacific (Gibb, 2000).  The Caribbean Community and Common Market  (CARICOM) was established in 1973, and it included most of the major Commonwealth Caribbean territories, such as Trinidad, Barbados, The Bahamas, Guyana, and  Dominica (Payne, 1985).

The establishment of the CARIFORUM-EU trade agreement was brought about by a sequence of events that followed convoluted and almost impassable arrangements with the Caribbean and African states. They wanted to secure viability for the sugar and banana industries with Britain and France, who viewed the African nations as full of substantive resources. The Commonwealth Caribbean states signed the Treaty of Chaguaramas, establishing the Caribbean Community and Common Market. The Treaty of Chaguaramas came into effect on August 1, 1973, comprised of Antigua and Barbuda, The Bahamas, Barbados, Belize, Dominica, Grenada, Belize, Grenada, Guyana, Haiti, Jamaica, Montserrat, and Trinidad and Tobago, amongst others.

The Caribbean States began negotiation with the African and Pacific States with a mutual understanding to build international relations. The signing of the Lomé Convention Agreement on February 28, 1975, brought multifaceted changes to ‘Less Developed’ countries and negotiations with the Common Market, the African, Caribbean and, and the Pacific States (Gruhn, 1976).

The Lomé Convention was a functional tool in international trade relations and allowed less powerful states to present a fortitude of convictions and purpose to the European Community. This saw changes due to globalization and the expansion of the European State. In 2000, the Cotonou Agreement came to an end, and with it, the end of the non-reciprocal trade policy that was made under the Lomé Convention (Hurt, 2003). This was beneficial because multilateral negotiations promote trade and economic growth. The CARIFORUM countries are relatively small and dependent on foreign trade, and the Caribbean has fewer goods to export than the larger European market. It has been observed that, now that the Caribbean economies have been integrated into international trade, it has brought high trade to GDP ratios and dependency on imported goods (Brusse and Simon, 2007).

The CARIFORUM-EU Free Trade Agreement between the EU and its former colonies provides a comprehensive and multifaceted international trade agreement. The agreement has four parts, inclusive of protocols and declarations. It provides a comprehensive list of the objectives, which include: (a) ‘Contributing to the reduction and eradication of poverty; (b) regional integration, (c) economic cooperation; (d) promoting the integration of CARIFORUM States; and (e) improving CARIFORUM States capacity in trade policy.’ The structure of the agreement and the provisions provided in this development area promotes cooperation in the ideals of partnership such as rules, procedure, and sources of funding standards.

It should be noted that the CARIFORUM-EU is an international agreement that provides the Europeans with the ability to display international diplomacy. However, it noted that “The European Commission was keen to use the EPA negotiations as an opportunity to lay down a marker in the context of international disputes, (Ben Garner, 2017). In terms of institutional provisions, the joint CARIFORUM-EC Council is the primary institution with the CARICOM-EC Trade and Development Committee and is the second-highest institution. It aims to demonstrate a mutuality of interests of the parties in bilateral, multilateral, or international matters.

This is done through the CARIFORUM-EU Agreement and liberalization policy, which was used to promote development through the EPA. Liberalization is the removal of trade barriers between the EU and EPA while enhancing cooperation in trade. CARIFORUM states have benefitted from the liberalization commitment via the Dominican Republic by satisfying the compatibility for trade. The challenge, however, is that the agreement attempts to balance agricultural products with WTO strict limits on agricultural tariffs and subsidies (Heron, 2011).

Challenges of Implementing the CARIFORUM-EC EPA

Implementing the CARIFORUM-EC Economic Partnership Agreement involved a series of processes that involved legal, procedural, and administrative mechanisms of the CARIFORUM States. The EPA’s schedule was an integral part of the Caribbean Single Market Economy (CSME). The plan to establish the CSME was part of a global integration framework to provide a framework for a Revised Treaty of Chaguaramas.  The signing of the CARIFORUM EPA in 2008 was intended to gain access to the European market and developing trade capacity. However, there remain several challenges with the EPA. These include revenue loss from tariff cuts, competition from EU exports, adjustment, and implementation costs (Montoute, 2015). It is noted that Europe is a unitary system, and issues of the law are considered by the European Court of Justice (ECJ), a single body. On the other hand, the CARIFORUM States do not have a unitary system, and law issues may be adjudicated by a regional court. This is challenging because each country has laws that are consistent with national interests.

The examination of ACP, EPA, and EU trade agreements provides a historical look at the ACP and its interaction with Europe.  The challenge is that these countries do not have the industrialized capacity to compete on a total mutuality of interest basis. This is the reality of the primary export of the sugar and bananas industries. Less developed countries are unable to compete with the refined products of Europe and lack adequate financial resources. Also, there is not a well-defined process of negotiation of conflict resolution. It is hoped that as these multilateral agreements expand with the less developed countries like the ACP, those negotiations are promoted based on mutuality of interests.

Busse Matthias and Lueje Simon. “Should the Caribbean an Economic Partnership Agreement with the EU? Challenges and Strategic Options.” Center for Economic Integration, Sejong University 22, no. 3 (September 2007): 598–618.

Heron Tony. “Asymmetric Bargaining and  Development Trade-Offs in the

Hurt Stephen R. “Cooperation and Coercion? The Cotonou Agreement between

the European and the ACP States and the End of the Lome Convention.” Taylor

for Caribbean Regional Integration and Development.” The German Marshall Fund

Nyomakwa-Obimpeh James. “Examining the Role of BATNA in Explaining EPA 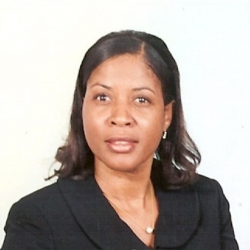 All Posts »
PrevPreviousMending a broken friendship: Can mediation help end enmity between Rwanda and Uganda?
NextPeace for the Rohingyas?Next