It should be recalled that the government of Cameroon claimed to have agreed to the demands brought forward by CACSC which was formed to negotiate with the government but further demands of federation and later independence led to the ban of the consortium and the jailing of front liners. This led to the escalation of tension which started with school boycotts, ghost towns and later armed conflict. Since then, the separatist started calling for a mediated dialogue and are still calling for a mediated dialogue because they do not believe in a dialogue with the regime. The mayhem caused by the crisis on both sides is unbearable and all attempts to solve the problem by the government of Cameroon are not yielding desired fruits –  firstly, an end to the killings by parties to the conflict. The parties involved in this crisis and their interrelationship will be examined considering the conflict for a mediation acceptance and success.

Parties Involved and their Interrelationship

The second criteria used to measure mediation success is about parties and their interrelationship and focus on six variables including their characteristics, their cohesiveness, their type of regime, their motivation to mediate, their previous and ongoing relationships and lastly the distribution of power between them. For mediation to be successful here, parties to the conflict must be clearly identified which is often problematic. Leaders internal cohesiveness will authoritatively negotiate and secure the implementation of agreements reached. Intervention is more successful in conflicts between democracies than non-democracies as democracies turn to have trust in third parties with judiciary competences to settle their conflicts. The willingness to address the conflict and to accept mediation is considered a condition for mediation success. Others may accept mediation with expectation to produce a favorable settlement, others do so for strategic and tactical reasons. The degree of transactions based on complementary and common interest, making them important relationships leads to the likelihood of a mediation especially parties with a long-term relationship and lastly balance of power is more likely for mediation success than power parity.[1]

Separatist initial strategy was shutdowns, then school boycott, civil disobedience, and lastly armed struggle which didn’t persuade the regime to slow down the military repression. Those taking up the armed struggle can be divided into two categories. The first consists of around a dozen violent splinter groups, each with an average of between 10 and 30 members, for example the Tigers, Vipers and Ambaland forces. The second category is comprised of three rebel militias, numbering more than a hundred fighters in total: the Ambazonia Defence Forces (ADF), led by Ayaba Cho Lucas and Benedict Nwana Kuah, the Southern Cameroons Defence Forces (SOCADEF) commanded by Ebenezer Derek Mbongo Akwanga, and the Southern Cameroons Defence Forces (SCDF), under the leadership of Nso Foncha Nkem.[2]

This in effect illustrates how fragmented the secessionist camp is though they are all rallying behind the proclaimed President of Ambazonia with the aim to liberate homeland from colonial occupation.

It is widely alleged that the separatist fighters also known as Amba Boys or Liberation Forces found in ground-zero are mostly former school drop outs, armed bandits, quarter thieves, ex-convicts and convicts who broke out from prisons in this region when the crisis started and are now using the crisis as an opportunity to carry out their normal atrocities. It is also alleged that the Amba Boys are taking tramadol, a drug that makes them go ire. Most of the time they fight and kill themselves over arguments on ransom from kidnappings or when conflicting strategies are to be implemented. There have so far been no news making reported cases of taking government officials hostage and demanding for “big” concessions. All they mostly do is to kidnap armless civilians for ransom. They behead the military and kill armless civilians. Pundits hold that they also threaten young girls to join them as they use them for their sexual pleasures. The communities are rising to defend themselves as they think they are being taken hostage by hoodlums called Amba boys. There have been no reports of Anglophone Cameroonians living in “La Republique du Cameroun” abandoning their jobs or sacrificing to go and join the Liberation Forces. Instead they welcome their relatives to come and find refuge with them in “La Republique du Cameroun” which is also known as the “camp of the enemy.”

It is equally rumored that Amba boys on ground-zero are remotely controlled from the diaspora by some separatist elements mostly leading isolated armed groups in their respective communities with conflicting ideas on best strategies to implement the school boycotts, ghost-towns, civil disobedience and the armed engagement. For example, in the month of February 2019, a faction was advocating for ten days boycott of the 11 February unification day celebrations while another camp was advocating that only the Monday ghost-town should be maintained as usual to avoid the sufferings of the people. Quite often reports hold that these individuals in the diaspora leading armed groups in their communities direct their fighters on ‘ground-zero’ to kidnap their long time presumed enemies and those they consider black legs and ask for ransom, burn their houses and properties and even kill some. They have not been any reports of separatist in the diaspora coming to join forces with others in ground-zero. Instead, they send their relatives to find a haven and attain school in “La Republic du Cameroun”. One other remarkable thing about the separatist in the diaspora is the presumed mismanagement of funds raised online to feed fighters and buy arms, painting a picture of a kleptocratic virtual government.

Researching on Facebook on 13 February 2019 and focusing on the month of January and February 2019, some of these armed group leaders may not be found on Facebook but the famous ones like Tapang Ivo Tanku otherwise known as the “General” has a hidden number of followers with a maximum number of 2.4K comments, Mark Bareta (BaretaNews) has 122.922 followers with max of 1.4K comments, Eric Tataw has 5000 followers with maximum 1.5k comments, Akwanga Ebenezer has 8.802 followers with max 114 comments, Tassang Wilfred has 4,809 followers with no posts at study time (probably because he is detained and there is no one to operate his account), Cho Ayaba has a hidden number of followers with maximum of 1.4k comments and the proclaimed president of Ambazonia Julius Ayuk Tabi has 3, 909 followers with no post during study period (he is equally in detention). 99.99 percent of their posts have an average of between 1 to 200 comments meaning that many followers do not comment. The number of followers if used to measure the momentum of Anglophone Cameroonians to separate reveals clearly that there is no determination to separate. This number of followers cannot reflect the view of a population of about 8 million in the English-speaking regions. Some of the comments are purely against the so called “Struggle”; giving contrary views on how to approach the matter, others are against the killings and shutdowns, while others are against the school boycott and shutdowns even raising questions like what are the benefits of all these? The respondents are impolite and calling anyone with a contrary view as being a black leg or “La Republic du Cameroun” agent.

Some Cameroonians from the Anglophone Region strongly believe that this separatist movement is a social media fallacy which has captured the hearts and minds of some innocent youths and the country called Ambazonia is a virtual country. It is unclear if majority of the people from the Anglophone region wish to separate as so far, most elites and majority of people from this region are still silent perhaps for fear of a backlash from the Ambazonian armed groups or from the regime. Some Cameroonians from the English-speaking regions argue that separatist should revisit the history and territory of Cameroon under the Portuguese (Rio Dos Camaros) and German rule (Kamerun) before thinking of the perceived divide brought about when Cameroon was partitioned between the English and the French, while some accuse separatist for distorting history to satisfy their wishful thinking. It is strongly believed that the separatist movement have not played their cards well to win the hearts and minds of the Anglophone community.

Going by unity of the course, separatist movements in the diaspora and liberation forces on ground-zero are resolved to free what they refer to as homeland occupied by colonial forces but internally they are divided. They are so many leaders both known and unknown and there is no coherence in the strategy they have put in place. For mediation acceptance to be successful here, credible leaders must be clearly identified which may be problematic. Leaders internal cohesiveness will authoritatively negotiate and secure the implementation of agreements reached but so far there are many threats in the camp.

On the other hand, the regime is solidly united against any threats to republican values though the regime is democratic. This is probably due to her military might and the support from some Cameroonians from the English-speaking regions. They have not been any reports of decamping by the military or police and they have been sustaining the fight to defend the territorial integrity of the Republic of Cameroon though with collateral impairment which include burning of houses thought to be hideouts for Amba Boys and killing of armless civilians as well. The government of Cameroon has demonstrated the willingness to address the conflict taking completely a different approach which most Cameroonians believe is not the right approach to manage such a conflict. So far, the regime has not displayed the willingness for a mediated dialogue or an inclusive dialogue.

The next chapter will discuss the characteristics of the mediator, what is it that the mediator has that can encourage parties to the dispute to accept a mediation under his/her auspices.

[1]  Understanding Success and Failure of International Mediation, Pdf on Egnyte, 365 – 366.

[3] W. Efi Tembon, Crisis in the Republic of the Cameroon An Overview of the Anglophone Crisis, 2018. 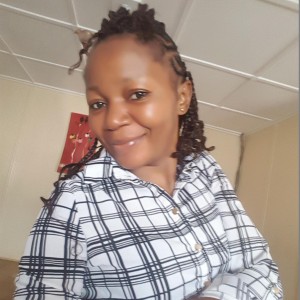 All Posts »
PrevPreviousWomen in peace & security: Women of faith in peacebuilding
NextWomen as PeacemakersNext