Democratic Involvement – what are the factors ?

Can it be that unsound behavior, communication deficiencies and personality disorders, not concepts or even the law are the main problem in politics?

Do we reward unsound behavior?

Do we install processes that protect diversity of voices and look out for emotional, physical and social health of participants? Governing has been marked by social hierarchies and power struggles including violence and death. Economic theory has often been based on concepts arrived from war as many of the “facts/concepts” we use when applying ourselves for success, motivation and legitimized behavior.

Has it always been this way?

Similar behavioral thinking and motivation is shown in economic theory from the time of mercantilism promoting gain as having to be at others expense to modern ideas on competition and comparative advantage. “Social capital” and “brute force“ alongside other persuasive powers with coercion often lead the way. The nation state seems only to cover feudal lords and merchant networks rather than building from principle for the whole. Can we prove these ideas wrong? Are they counter productive? Do some win in the competition at the cost of their own isolation, decreased empathetic capabilities and diminished connections or worse?

The Internet revolutionizes public scrutiny, conversation and decision making. Especially where media may be controlled by few people and online publishing/participation is a reality.

What about the quality of the thinkers and the information?

The Spanish philosopher José Ortega Y Gassett warned us against the hegemony of specialization. Everything becomes somebodies else’s domain leaving individuals discounting their lives – discounting their own experiences and sense of navigating the world. The specialist then in such a case being a product of modern education and in danger of myopia, lacking concern for the whole: If men confuse symbols (expert knowledge) with the realities of being human.

When the politician and the scientist is ignorant of the decencies of integrity or if they give in to threat and danger – can the public help?

Information gives ability to engage but not necessarily the ability of knowing by having walked out an experience or the ability to deal constructively with threats.

Do crowds have the real ability needed to bring solutions for a nation and humanity?

Based on interest various individuals can come to depths of knowledge that at times rivals the knowledge of experts. Magnifying diversity of discourse, diversifying risk of participation. Specialists in psychological influence can however reach people through a wider spectrum and there is danger of information cascade.

People often are overwhelmed. Business & other power may threaten quality in information. Levels of maturity and intellect differ as power to see correlations, classify significance, events and potentiality.

It is hard to know if the things needing attention are addressed. It is easy to lead the discourse astray. Power of feelings, unspoken communication and social ties is routinely underestimated. For many it is really hard to be consistent  – even to have integrity towards oneself. People can be kind, but also impossibly ruthless. It is hard for people to face their own psychological pain. When they can not they may ignore the pain of others as it reminds them of their own. In so doing they routinely ignore the issues needed to be addressed by society! Lawrence Leshan an American PH.D. in psychology maintains that aspects of psychologically not being able to face pain and issues while simultaneously being able to remain “normal” or “functional“ threatens life on the entire planet and for sure any reasonable functioning of any political process! People may have various levels of dysfunctional upbringing in terms of “healthy” communication, empathy and sense of the whole. Some lack empathetic skills. When there is a high level of needing praise and not being able to constructively deal with criticism the narcissist with power even if preaching democracy utilizes coercive means, weaknesses of people and codependent group behavior.

Who is in control?

Sociopathic or psychopathic tendencies can thrive where there is risk, challenge and power. The general public looks for “strong leaders” preferring not to have to take the responsibility, risk and time needed for sensibly participating in political discourse or governance. There is danger in confusing lacking ability of self-reflection and empathetic skills with strength and decisiveness!  We tend to lift up individuals rather than the context that gives them support or needed safeguards. What techniques of communication and conflict solution do we have that we can apply? Can we deal better with personality disorders or psychological pain? The wolfs do not want anything that hinders their raiding of society.  Can we help them? 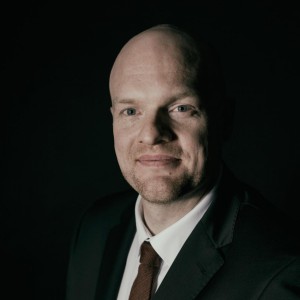